Earning a dream Grand Slam debut for himself, Indian tennis player Sumit Nagal set up the US Open first round against one of the greatest players of all times – the legendary Roger Federer.

When Nagal stepped on the court to take on Brazil’s Joao Menezes in the final qualifying round, he would not have thought a win would pit him against a global superstar, who has 20 Grand Slam titles to his name.

The 22-year-old has become only the fifth Indian male player to feature in a Grand Slam singles main draw in this decade.

Somdev Devvarman, Yuki Bhambri, Saketh Myneni and Prajnesh Gunneswaran are the only ones who played at singles Majors between 2010 and present. Nagal will take on the Swiss great on Monday at Artur Ashe Stadium.

Nagal had also become only the sixth Indian player to win a junior Grand Slam title in 2015 when he won Wimbledon boys doubles with Nam Hoang Ly of Vietnam.

“It means a lot. Everyone dreams about this. I played well in Qualifiers. Every match meant something, I had some history with all of them. It was a roller-coaster. Of course, I am super happy. I don’t even know what to say,” Nagal told PTI.

“It will be a great opportunity to play Roger at Arthur Ashe stadium. It’s probably the best thing that could have happened. I was hoping I get to play Roger someday. He is God of tennis, so yeah I am looking forward to it,” added Nagal.

Now India will have two players in the Grand Slam main draw for the first time since 1998 when legends Leander Paes and Mahesh Bhupathi competed at the Wimbledon.

Nagal came into the US Open qualifiers confident, backed by terrific results during the Clay court season.

Consistent results on the Challenger Circuit meant that he broke into the top-200 for the first time in his career and has now earned himself a chance to play a match which every tennis player dreams of. 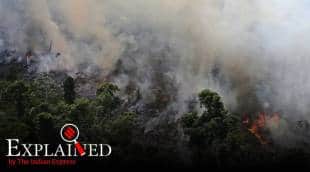 He had started the year outside the 350 bracket and had to overcome a difficult period, encountering injuries but came back strong.

India’s Davis Cup captain Mahesh Bhupathi, who was first to spot Nagal’s talent and took him under his wings to provide support, said it’s career-defining moment for the 22-year from Jhajjar.

“Sumit has been unlucky with injuries and has worked very hard to get back to this level. Playing Roger at the US open at night is every qualifiers dream and nightmare and I think this experience will both be a confidence booster and a career-defining moment for him,” Bhupathi told PTI, reacting to Nagal’s Grand Slam debut.

So what Nagal needs to do, to not get overwhelmed by finding Federer across the court?

“He needs to enjoy the moment and go for his shots,” suggested Bhupathi.

Nagal, who won his maiden Challenger title Bengaluru in 2017 could not build on that success. He had blamed the change in support staff for the poor results as he was knocked out of 16 tournaments at first round itself after the high of Bengaluru Open title.

But he later he began to train with Serbian coach Milos Galecic at Paine in Germany and results have started to show. Somdev — one of the best counter punchers India has produced — had also trained with Milos.

Somdev said Nagal, who won Wimbledon boys doubles title in 2015, deserves applause for he overcame a whole lot of issues to stand where he is today.

“What he has done is incredible. You don’t look at results as proof. You go back a year or two to see. you have seen a year back he had a horrible shoulder problem. Then the ranking system changed and he could not play a lot of Challengers. So the credit has to go to the player. One big change he made was being disciplined,” Somdev told PTI.

“He hired a fantastic coaching staff. Milos was my fitness trainer too. The progress you see is a testament of hard work he put in, in the last two years with his team,” said Somdev.

“His best (years in) tennis is ahead of him. He has been a good kid, whether he made mistakes or not.”