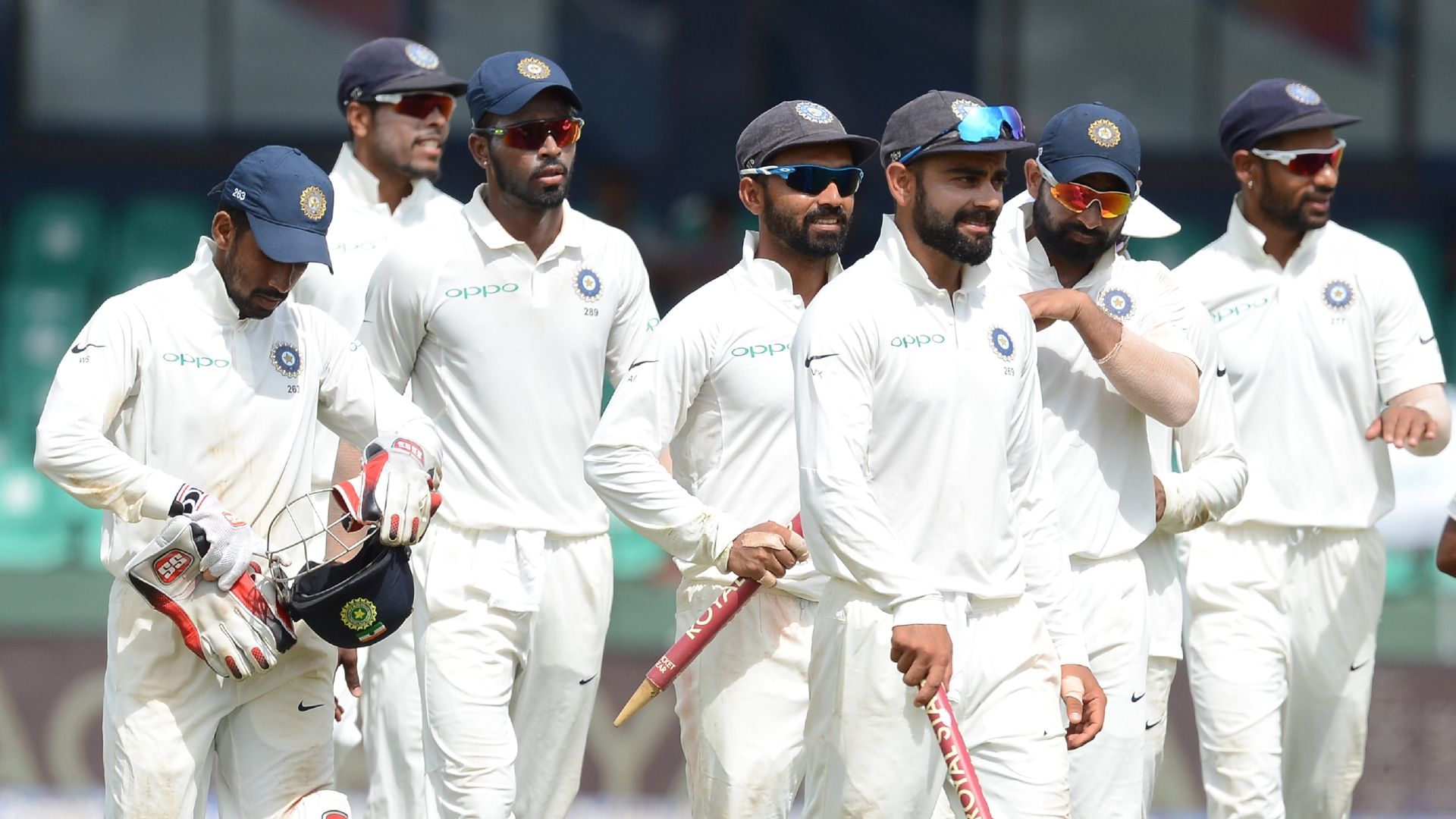 India completed a series victory away from home in eight days of Test cricket. And they were only really challenged over the last two. The formalities were completed four minutes before tea with Ravindra Jadeja picking up his ninth five-for in the same match he became the fastest left-armer to 150 wickets.

He was far from the only protagonist of an absorbing game in Colombo. There were backs-to-the-wall-and-nose-to-the-barrel hundreds from Kusal Mendis and Dimuth Karunaratne, which will certainly give Sri Lanka hope for the future, but in the present they just weren’t enough.

And finally, a mention for the pitch, which made balls scoot and bounce and rag, slip into other dimensions and come back a pineapple.

The result of this Test – India’s first innings win in Sri Lanka – was evident from the moment they racked up a total of 622 and enforced the follow-on. Oppositions forced into this predicament need a bit of a hero and Karunaratne stepped up. He was in his element, of course. Four of his six Test hundreds have come in the second innings – and this will rank alongside the 152 he made in New Zealand in 2014, when an axe hung over his head.

Karunarante might not have got there had KL Rahul held a relatively straightforward chance at short leg in the 90s, but mistakes such as those were rare, simply because he didn’t want them happening. That determination made sure he concentrated harder, which in turn helped him play close to his body, and with a soft touch. It was only after batting three full sessions on this treacherous surface that he was dislodged.

Jadeja made one take off like a rocket. It lobbed off the glove and landed safely in Ajinkya Rahane’s hands at slip. Karunaratne walked back after handshakes and pats on the back. There really was no shame in losing your wicket to a ball that behaved like the stuff of NASA’S dreams.

Such unplayable deliveries were expected of Jadeja the moment he was armed with monstrous scoreboard pressure. But he had to wait 23 overs to make his first strike. He was the man locked in the bathrooms at a going-out-of-business sale.

For the most part, that was because he was bowling quick – which is advisable since it gives the batsman less time to deal with the turn – but on a good length, which meant the edges were beaten a lot more than they were taken. On a normal track, he could have had success quicker. On this one, he couldn’t until he went fuller. Eventually, Jadeja found his rhythm – his fitness allows for him to wait as long as needed – and Sri Lanka were done for.

Dinesh Chandimal was nipped at slip. Angelo Mathews was undone by extra bounce and a spectacular catch by Wriddhiman Saha, taken somewhere around his shoulder while standing up to the stumps. Dilruwan Perera premeditated a trip down the track and paid for it. And Dhananjaya de Silva was taken by Rahane behind the wicket as he came forward to take a low chance. India’s close-in fielders – barring familiar errors from Virat Kohli – was top class.

And they had to be because Sri Lanka, hurt after folding for 183 in the first innings, were sturdier. Even the nightwatchman Malinda Pushpakumara hung around for 45 minutes this morning. As much as that is a credit to his defensive technique, it also suggested the pitch, in the fourth day had slowed down. Well done, heavy roller.

So India needed to keep their disciplines now more than ever. To force the batsman into feeling the pressure sharper. To feed his doubts and lure out a false shot. Having done so, they will savour this win all the more. And if that doesn’t make it special, how about this: India have won all eight of their most recent Test series. One more and they’ll equal the world record.

Alagappan Muthu is a sub-editor at ESPNcricinfo

Hardik Pandya Aiming For Comeback In ODI Series Against Australia

Ready to discuss all issues with Mamata: Governor Jagdeep Dhankhar