The Trinamool Congress leadership Sunday clipped the wings of Bidhannagar Municipal Corporation (BMC) Mayor Sabyasachi Dutta on the charge of making anti-party statements and handed over his powers to his deputy.

The decision was made at an emergency meeting of BMC councillors who urged party supremo Mamata Banerjee to take a call on Dutta’s fate in the party. Senior TMC leader and minister Firhad Hakim was present at the meeting.

Dutta was not invited at the meeting, in which several councillors expressed their opinion that he should be removed from the mayor’s post, TMC sources said.

“Several councillors even threatened to resign if Dutta continues as mayor. However, it was decided that party supremo Mamata Banerjee will take the final call,” said a councillor who attended the meeting.

Interestingly, BJP leader Mukul Roy said Dutta is a “popular leader” who plays a role to help the saffron party.

TMC sources said it was decided at the meeting that henceforth the BMC’s Deputy Mayor Tapas Chatterjee would handle additional responsibilities and call meetings of councillors, if needed.

Several councillors also proposed Chatterjee’s name as the next mayor, but Hakim said such a decision will be taken by Banerjee, the sources said.

Chatterjee, a veteran CPI(M) leader of Rajarhat-Newtown area, had switched over to the TMC in 2015.

“I would inform our party supremo about the views of the councillors. I won’t say anything else,” Hakim told reporters after the meeting.

The BMC has 41 councillors and 39 of them belong to the TMC. A total of 37 TMC councillors attended the meeting.

The BMC covers Salt Lake and its adjacent areas. The party leadership was annoyed with Dutta after he participated in an agitation against the state’s power department and slammed the government for not fulfilling the employees’ demands for increasing their salaries.

“Being a member of the party, you cannot violate its rules and regulations. It is for Sabyasachi Dutta to decide what he wants,” Hakim had said on Saturday. 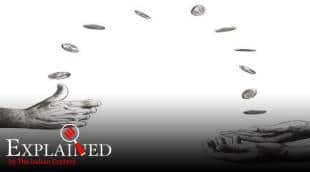 Dutta, however, dared the party leadership to act against him. “I am following the footsteps of our party supremo Mamata Banerjee. Our party always stands by farmers and workers. Being a trade union leader, I did the same thing,” he told PTI Saturday.

Coming out in Dutta’s support, BJP leader Mukul Roy said, “He is a very popular leader and mayor. Just like several other TMC MLAs, he has played a role, which had been helpful towards the BJP,” Roy said.

This is not the first time that Dutta rubbed his party up the wrong way.

Ahead of the Lok Sabha polls, Roy met Dutta at the latter’s residence fuelling speculations of his switch over to the saffron camp. But Dutta had then dubbed it as a courtesy meeting, which had “nothing to do with politics”.

Following this, Mamata Banerjee had asked Hakim and another minister Jyotipriyo Mullick to convene a meeting of BMC councillors to discuss the matter.

Dutta had then apologised for hosting Roy at his residence.

NIOT reaches out to schoolchildren on waste segregation

Don’t think India lost to England because of us: Pakistan captain Sarfaraz Ahmed

Chennai residents rush to get birth certificates after January 1