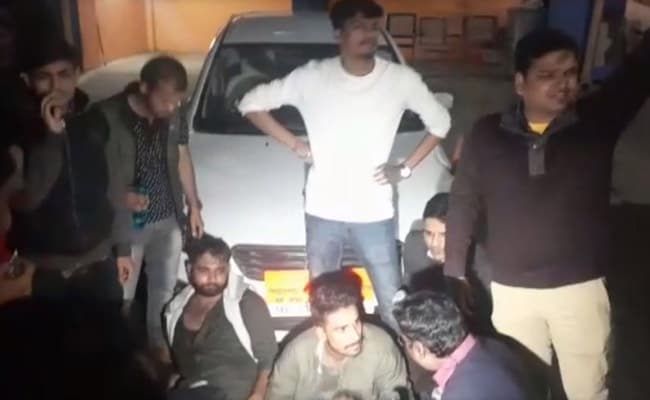 “They misbehave with students belonging to upper castes,” a protester said

The students of a journalism university in Bhopal on Friday staged a protest against two visiting professors, alleging they create a divide among students and discriminate based on caste.

Students of Makhanlal Chaturvedi National University of Journalism and Communication also alleged that the two professors – Dilip Mandal and Mukesh Kumar – inquire about the castes of students studying in the university on social media and during class hours and then misbehave and harass those students belonging to the upper castes.

“They misbehave with students belonging to upper castes,” a protester said.

“It creates a caste divide among students… We are demanding their suspension,” another student said.

The students have submitted a memorandum to Vice-Chancellor, demanding their suspension.

Confirming that a committee has been formed by the Vice-Chancellor to look into the matter, the students also alleged that false statements were being made about their protests.

They have demanded an apology from the Vice-Chancellor. On Friday evening, 10 students of the university were arrested and taken to a police station.

Jeweller In Ambala Dies After 3 Men On Bike Open Fire At Him: Police