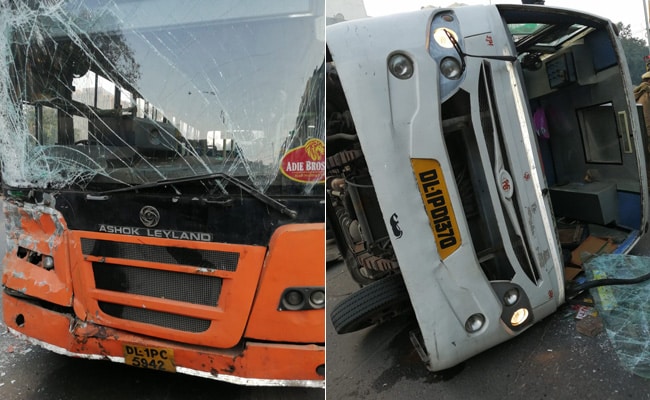 Seven students and a teacher were injured after a school bus collided with a cluster bus this morning in west Delhi’s Naraina area, officials said.

There were 27 children on the bus at the time of the accident. The police said that the students and teacher suffered injuries on their hands, legs and face.

The seven children and the teacher were taken to a nearby hospital with the help of locals, the officials said.

According to the fire department, it received a call at 7:10 am regarding the incident.

“A fire call was received that a school bus collided with a cluster bus in Naraina area near the fire station. Around six school children got injured,” fire services chief Atul Garg told news agency IANS.

It has been informed that the bus belonged to the Salwan Public School in Rajinder Nagar.

(Inputs from PTI and IANS)

For a Longer Life, Stay in School, Study Suggests